The permanent food pantry at Cal State Fullerton has finally come to fruition.

With bright lights and brimming shelves, the pantry resembles a mini grocery store — minus the checkout costs. CSUF students can come in once a week to collect five to 10 free items, such as fresh produce or canned goods, as well as five free snack items, like granola bars.

Nestled in the Titan Student Union by the Wooly Mammoth, the pantry is open Monday through Thursday, 10 a.m. to 7 p.m., and on Fridays from 10 a.m. to 5 p.m. However, students will still need to make appointments through a site called PantrySoft.

Since its opening on Aug. 23, 98 students have used the service and nearly 30 of those on the first day.

Cristina Truong, assistant director of TSU services and food pantry, said that many parts of the pantry are flexible, such as hours or inventory.

“If we see a lot of people are running out of food, we want to stretch it out as far as to make sure that everyone gets food as well,” she said.

Truong also shared that the amount of items students can take will fluctuate depending on inventory. The pantry partners with the Second Harvest Food Bank, which is the primary food provider with weekly deliveries. If it’s running low on a product, the pantry uses funds or donations to restock.

Previously, CSUF offered a mobile food pantry launched in 2018 which distributed food outside of the TSU monthly. While the mobile pantry operated, a permanent food pantry to target food insecurity has been on the agenda stretching back to 2016.

“When we look at previous efforts that ASI has done in the past like the mobile food pantry, we see the need for those sorts of services. The food runs out like within half an hour,” Aguilar said in a 2019 interview.

In fall 2019, the ASI board of directors unanimously voted in favor of a resolution to establish one on campus. Now, the freshly opened pantry has finally come full circle.

The space originally operated as a servery for catering company OC Choice, but was remodelled for about $7,000, Truong said. She added that the pantry received two donations for funding equipment — $20,000 from the Kroger Co. Foundation in partnership with Ralphs and $25,000 from National Association of College Auxiliary Services.

On Friday morning, two of six student employees sported navy aprons to work the pantry. Nicole Eltagonde and Esperanza Rios, a fifth-year communications major and a fourth-year art major, said they have both experienced the need for a food pantry on campus.

Eltagonte said she used the mobile food pantry before the pandemic hit, which helped her a lot at the time and made her want to work there now.

“Working in a food pantry is really a fulfilling job, honestly. I had such good experiences with it, like during that time, and like growing up as a kid as well,” Eltagonte said, adding that the job was a lot of learning as she goes.

Rios said she is happy that a lot of people are getting to know the pantry, especially since she has experienced food insecurity herself.

“I figured this would be a really good opportunity to help out more, and kind of give back to the community because I’m kind of on the other side now,” she said. “I thought it’d be a really good experience either way.”

All students can make an appointment without having to meet any criteria. With roughly 40,000 students at CSUF, Truong said they are testing the waters to see how things go.

“We’re welcoming anyone who comes through regardless of where the financial status is, because sometimes like you don’t know their situation, like they might be paying a lot of loans or like car payments or rent and like even though they make all this money, it just doesn’t get them through,” Truong said.

She said that the pantry is not a supplement for the whole week, but at least for a few days. Students are encouraged to refer to CalFresh as it’s a bit more sustainable for students to get more items at a grocery store, she said. She noted that they might have a higher amount of international or undocumented students come through the pantry, as they do not qualify for Cal Fresh.

Though the COVID-19 pandemic may have thrown a curveball in its opening, Allen said they prioritized serving students through the mobile food pantry and contactless delivery.

“This is just the beginning for us at “The ASI Pantry.” We will continue to learn and serve CSUF students who are food insecure with dignity and respect,” Allen said.

Truong said she is excited to see what the future holds.

“It’s been amazing, actually — all the hard work coming together. And I was like, thinking in my head, I’m like, ‘I can’t wait for the first day of school, because I just can’t wait to see the students come and utilize the services,’” she said. “It puts a smile on your face.” 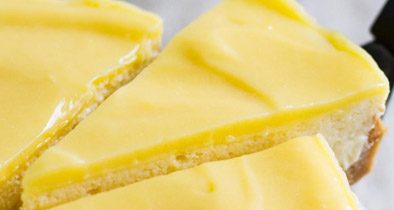