Genshin Impact version 2.0 update comes with new achievements, new characters, new events, and of course, the new cuisines from Inazuma. 17 Inazuma-theme foods can be found throughout Inazuma from shops, quests, and exploration. Each recipe provides a different bonus to a character. For example, some foods can heal characters, […]

17 Inazuma-theme foods can be found throughout Inazuma from shops, quests, and exploration. Each recipe provides a different bonus to a character. For example, some foods can heal characters, revive characters, buff characters, and even buff the entire party. Some players might have missed a few or many of the recipes in Inazuma.

All 17 recipes located within Inazuma in Genshin Impact

The first recipe can be obtained from Shimura Kanbei in Inazuma City for 1250 Mora. The restaurant is right in front of Inazuma Katheryne in Adventurers’ Guild. The specialty of Egg Roll is reviving and restoring 100 HP to the fallen character.

Mixed Yakisoba recipes are available from Shimura Kanbei for 2500 Mora. This dish also helps in reviving a character but restoring 400 HP to a character.

The recipe for Miso Soup can also be acquired from Shimura Kanbei for 1250 Mora. Miso Soup can help restores 9% of selected character’s Max HP and regenerates 260 HP every five seconds for 30 seconds.

Like the three dishes above, Genshin Impact players can buy Tonkotsu Ramen from Shimura Kanbei in Inazuma City, Narukami Island, for 5500 Mora. For a 3-Star food, Tonkotsu Ramen restores 32% of the selected character’s Max HP and an additional 1250 HP.

Genshin Impact players can acquire the Tuna Sushi recipe from Kiminami Anna in Kiminani Restaurant located northwest of Teleport Waypoint in Inazuma City. The recipe requires 2500 Mora, and it can restore 22% of Max HP and add another 1200 HP to the selected character.

Tricolor Dango is another recipe sold by Kiminami Anna for 5000 Mora. This food is a recovery dish capable of restoring 32% of selected character’s Max HP and an additional 1250 HP.

Dry-Braised Salted Fish is a recovery dish capable of restoring 9% of selected character Max HP and adding another 1000 HP.

Players can buy this recipe for 1250 Mora from Ryouko at her street food vendor, south of Teleport Waypoint in Ritou. However, they need to complete the World Quest ‘Chisato’s Letter’ in Genshin Impact first before the option to buy a recipe from Ryouko will be available.

The quest is relatively straightforward. Travelers can get this task automatically after completing the ‘Ritou’s Escape Plan’ quest under the Archon Quest Act 1. By following the navigation provided from the quest menu, players should be able to complete it efficiently.

Sakura Tempura is a 3-Star defense-boosting dish that increases all party members’ shield strength by 25% for 300 seconds.

The recipe for Sakura Tempura is given as a reward after players complete the quest ‘Gourmet Supremos, Assemble!’ in Genshin Impact. The task can be triggered when players go to the beach northwest of Teleport Waypoint in Konda.

This dish is an attack-boosting dish capable of increasing all members’ attacks by 81 for 300 seconds.

Genshin Impact gamers can get this recipe by completing a quest, ‘The Gourmet Supremos: The Seashore Strider.’ This task is a continuation of ‘Gourmet Supremos, Assemble!.’ Players can start this quest on the seashore north of Teleport Waypoint in Kujou Encampment.

Like the first series, this task is also easy as players need to place bait near the Thunder Sakura, then catch the crab approaching it. By giving the crab to Xudong, Travelers will complete the quest and gain the Crab Roe Kourayaki recipe as a reward.

Onigiri is a recovery dish that can restore 20% of the selected character Max HP and regenerates 390 HP every five seconds for 30 seconds.

Genshin Impact players can obtain Onigiri’s recipe by completing the third quest of ‘The Gourmet Supremos’ series. They can find this quest south of Momiji-Dyed Court Domain near Serpent’s Head.

For this quest, Travelers need to find a Fresh Seagrass further down in the underground maze. Then, as usual, bring back the collected material to Xudong to complete the quest and acquire the new recipe.

The specialty of Sashimi Platter is an attack-boosting dish. Consuming this dish will increase all party members’ attacks by 272 and Crit Rate by 8% for 300 seconds.

In the last Gourmet Supremos quest, players need to defeat enemies on the location marked on the map twice. After beating them, they can proceed with the quest by talking to Kamei Munehisa to complete the quest and gain the Sashimi Platter’s recipe.

Imported Poultry is another attack-boosting dish. This dish can increase all party members’ Crit Rate by 15% for 300 seconds.

Imported Poultry is another recipe that players can obtain after undergoing a World Quest in Genshin Impact. Travelers can find the quest, ‘Gazing Three Thousand Miles Away,’ at Jakotsu Mine after approaching Chouji. Halfway through the quest, Chouji will give the players his recipe for making Imported Poultry.

A recipe for Rice Cake Soup can be obtained after players achieve Level 4 of Inazuma’s Reputation Reward. This food is a defense-boosting dish that can increase all party members’ defense by 200 for 300 seconds.

Like the two recipes above, Butter Crab can be obtained from Inazuma’s Reputation Reward. Butter Crab is unlocked after reaching Level 7. This food is a combination of defense-boosting and healing effects capable of increasing all party members’ defense by 261 and healing their HP by 8% for 300 seconds. Genshin Impact players can increase their Reputation Level by completing bounties and accepting requests from Inazuman citizens.

Sakura Mochi is a recovery dish, reviving a character and restoring 1200 of their HP. The last recipe is Sakura Mochi, and players can obtain it by undergoing Kamisato Ayaka’s Story Quest in Genshin Impact. Travelers can unlock this questline by completing Archon Quest Act 1 and reaching Adventure Rank 30.

Put That Abundance Of Summer Zucchini To Use With These 3 Recipes For Breakfast, Lunch And Dinner

Thu Aug 12 , 2021
Zucchini can be a “burden” — you plant a few seeds and then come August find yourself with dozens and dozens of summer squash and no new ideas for using them. You try to give them away, but almost every cook and gardener you know has the same issue: an […] 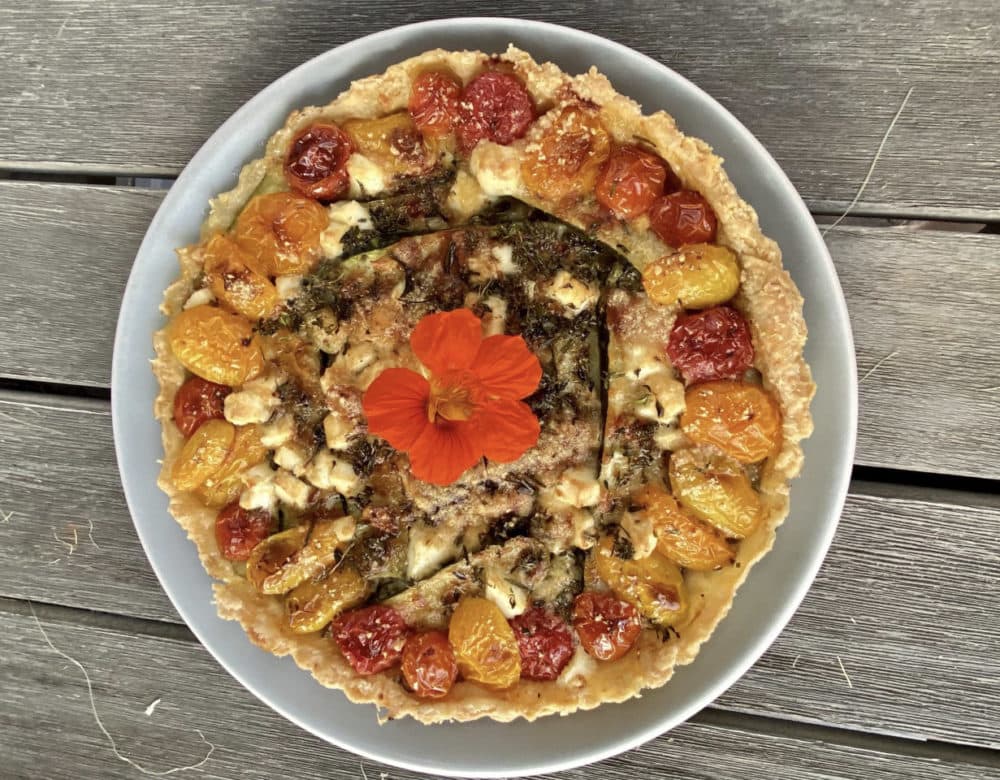